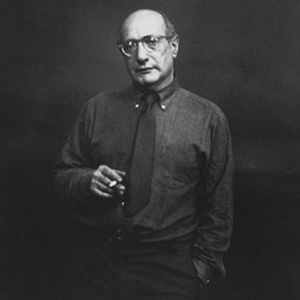 Although Kurt Cobain was a phenomenal song writer, and he really understood how to put music together. He was not that great a guitar player. His riffs were often very repetitive and simplistic. When he would actually perform a solo, it usually was nothing but random notes that were replicated from the riff that he already has played before the solo. Kurt Cobain also only played power chords on all of his songs, and there would only be about one or two changes in chords on his songs.

John Lennon really understood music and he was actually a rather decent musician. And  I would even go as far as saying that he was a musical genius. However he was not the  most skilled guitar player of all the time. He knew a lot of music  about theory, and he knew a lot of different chords on the guitar. But his ability did not match very well with what he knew about the guitar. Kieth Richards is with out a doubt the king of riffs. But does that make his riffs actually skilled? He often played many of the same chords and patterns and just made them sound slightly different. Now he did know how to make a catchy riff that made people remember the the riff for years after it was made. But the skill level that he was playing was very low, and he has admitted to that himself.

The Edge is definitely a sonic genius and he is very good at making a simple lick sound more complicated than it actually is, but his guitar playing is sub par. The Edge uses a lot of pedals in order to make the riff and/or lick that he is playing sound more awesome.

Pat Smear has had the good fortune of being with three great bands. The Bands that has been apart of is: Germs, Nirvana, and the Foo Fighters. I guess the reason for that is because Darby Crash, Kurt Cobain, and Dave Grohl believed that he was a good guitar player, but he only follows everything that the lead guitar player is playing or he plays a very simple riff and has it backed up by the other guitar players, passing it off as good.

Johnny Ramone is far better than almost any other Punk Rock player, because Punk Rock music is nothing but a few chords played in a very fast motion. That does not mean that he is a great guitar player. If he did not have the pedals and amps then his riffs would sound very boring and plan.

All of Angus Young’s riffs and licks sounded exactly the same. If you were to listen to the album “Back In Black,” it would be like listening to a 42 minuet long song. All his riffs are just played very loudly and hard, making it sound better than it actually is if it was on a acoustic guitar.

Jack White is another person that is great at making catchy and remember-able riffs, that are not that skilled. Most of his songs are the same three chords: C,G,D, in that order. He uses  a pedal in order to make what he is playing sound a lot cooler and more complex.

Jonny Greenwood is a very important piece in Radiohead and he can play a variety of instruments, but his guitar playing is very mediocre. He knows how to make weird sounds with the guitar, that comes off as cool sounding but is nothing but a few different notes on an amp.

In 1969 a German man by the name of Gershon Kingsley created the first electric song, called Popcorn. Kingsley used a Moog synthesizer instead of an actually instrument… and I personally believe music’s creative ability has plummeted since then. The reason I say that is because people stopped playing and/or writing songs, instead they made all their songs with a computer.

Around 1982 electric music got very popular and gradually became more about dancing and later known as electric dance music or E.D.M. A few years after that, about 1984 or 1985 in Chicago, Illinois electric music became known has house music because people played this style of music at house parties a lot, so that people could dance. The more people started to listen to house music, the more it started to be played on the radio and eventually became a huge hit even though House music lacks creative ability and most of it is very repetitive.

House music originally derived from disco and funk. And although disco and funk actually used instruments such as an electric guitar, an electric bass, and an electric drum pad; as technology got better the more people started using synthesizers and computers, and the less they used actual instruments. The people that made the beats would find a certain sound that they would like and make that beat repeat the same sound over and over again throughout the song. And although people love E.D.M. I personally believe that E.D.M. is just a fad and once this new generation gets tired of listening to House music it’ll become uncool to listen to once again.

Now I am okay with E.D.M. being just for dancing but there are many people who consider this as a true genre in music and I strongly disagree. The reason I don’t think that E.D.M. is a true genre of music is because, there aren’t any type of instruments; it’s all done with a computer. However there are some E.D.M. artists or groups that are an exception such as, LCD Sound System, Daft punk, St. Vincent, and Disclosure. The reason I say that is because they actually have lyrics and sometimes instruments and/or vocals in their music; and if there are lyrics or vocals in their songs then there’s some form of emotion and all true genres of music have emotion and/or feeling in them. However music that just has instruments in them without any lyrics or vocals, like an orchestral are still music because of the instruments. For example Miles Davis’s album kind of blue is all done with him playing his trumpet and you can feel his pain and anguish with every note that he plays.

Now I am aware that most hip hop/rap music is made with computers as well, but they at least have poetry in them, and lyrics in any type of music are poetry. Also a lot of modern rap artists have singers sing their hooks for them, and vocals are actually an instrument. And also you can put feeling and heart into poetry, because most of the time what an artist’s and/or poet are saying is what they feel in their heart.

These are some the many reasons that I don’t believe that most forms of electric music is a true genre of music, rather it being House Music or dub step. I personally believe Electric music should just be for dancing at parties or getting high while at raves, but it should not be considered a genre of music and once this new generation is tired of listening to dub step, House Music, or E.D.M. they will turn their backs on it just as the generation prior to them has.